What happens after death, has always been an object of curiosity for man! The different religions, beliefs and traditions, handed down over the millennia, they tried to imagine an unearthly destiny. But on Earth, instead, what remains? Even scientifically speaking, it can be said that there is life after death! The life in question, however, is not ours, but that of a thicket cadaverous fauna. Fear, eh?

After death, the decomposition process begins immediately, as the cells no longer receive oxygen and other nutrients that allow them to survive. N 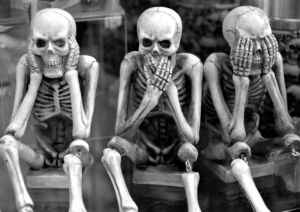 and get a proprocess called "autolysis": some digestive enzymes, first contained in lysosomes (cell vesicles), fuoriescono e determinano la distruzione delle cells themselves. In a short time, the bacteria startsanus to degrade the tissues and putrefaction occursand. Typically soft tissue degradation, all’iinterior of a coffin, it takes about ten years, leaving only the skeleton. If the corpse remains outdoors, the action of atmospheric agents must also be considered, wild animals and insects, which speed up the process.

Let us dwell on the insects found in corpses: questi sono definiti “workers of death ”and classified into eight teams that follow each other according to a fixed pattern. These teams belong to four categories: necrofagi (those who eat the corpse), necrophils (parasites or predators of necrophages), happiness (which feed in particular on tissues, game, etc), opportunists (those who use the corpse as a refuge). La particular sequence of insects that arrive and their evolution, provide information, for example, to date death and are studied by forensic entomology, branch of forensic medicine. Here are the teams and their order of appearance: 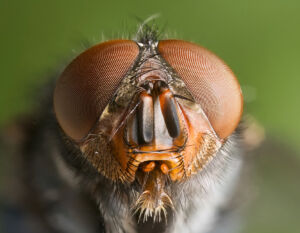 – First team: is the first to arrive and is made up of Calliphora erytrocephala (blue fly), Calliphora vomitoria and the housefly; they lay eggs on the corpse immediately after death, the larvae appear later 10 about hours and later 10-20 days pupae are formed.

– Second team: sarcophagus flies and flies of the genera Lucilia and Cynomya, which lay larvae in the emphysematous phase (where there is swelling of the soft tissues) and follow a cycle like the previous ones.

– Third team: beetles and moths, which occur a few months after death.

In addition, arthropods such as spiders and millipedes e, in cadavers exposed to cool and humid temperatures, molds can be found.

To avoid stomach upset, you can always think that if they are there, you are no longer there!

About the Author: Marilisa Falzone

Master's degree in biology, specialization in biomedical and molecular sciences. Born in Sicily, she lived in different places along the Italian boot, first for study and then for work. Teaching is in her past and perhaps her future. She is currently working as a fellow for the Environment and Health project. She likes to write about all the nuances of biology, of other scientific curiosities and nonsense (but the latter keeps them for herself).