Winter Olimpics Games, on the brink of extinction

The 2022 Winter Olympic Games are currently ongoing in Beijing. Other than in the China capital city, competitions are also held in the nearby mountainous areas of Yanqing and Zhangjiakou, which are usually too dry to have a good snow cover, needed for running the competitions.

The lack of snow is the main concern of the organizers. Artificial snow is one of the potential solutions [1], which is more and more employed all over the world, to make up for the lack of natural snow. That leads to sustainability issues, of course (we'll covered that later), but let's go back to the main issue: there's no snow. Why is that? Because of climate change: global surface temperature rises, so in many mountain areas the conditions to have natural snow aren't met anymore [2]. The lack of snow is a big issue not only for ski resorts, but for water reservoirs and for hydropower energy production too. 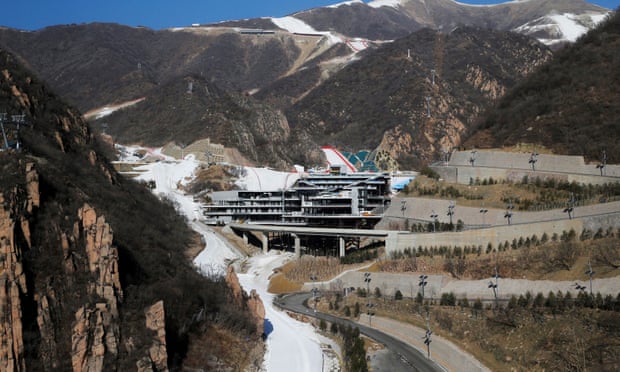 The National Alpine Skiing Centre, one of the venues hosting Beijing 2022. Tingshu Wang/Reuters [3].

However, that's not the only issue. In fact, there are strong concerns that it won't be possible to host Winter Olympics , unless relying entirely on artificial snow as for Beijing 2022. That could mean saying good bye to Winter Olympics, at least on the European Alps (keep in mind that the next Olympics will be held at Cortina d'Ampezzo in 2026) which has been suffering of lack of snow for several years now [4]. That depends on how much we'll reduce our green house gases emissions in the future, but scenarios don't look good. 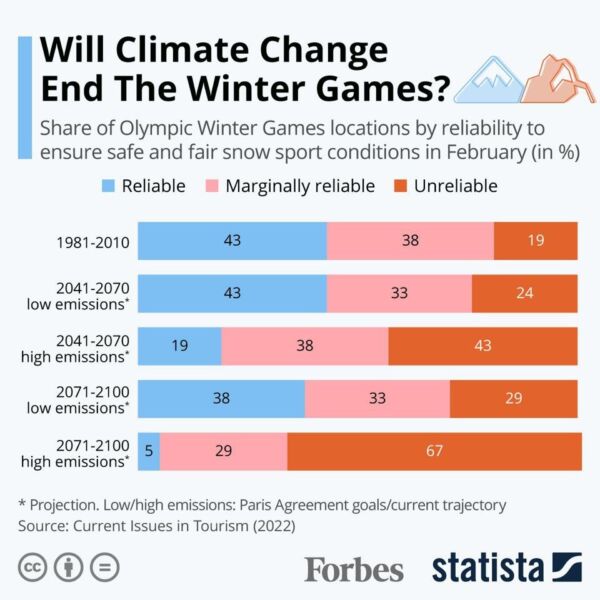 According to this study, a fifth of the past Winter Olympics are in locations that now no longer have enough snow to host them. In the worst-case scenario, only one of them (Sapporo, Japan) might host the Games by the end of this century [5].

Artificial snow doesn't solve all problems either. In fact, the organizers of past editions already had to find ways to have all the snow they needed. For Vancouver 2010, part of the snow was moved by helicopter from other locations, while for Sochi 2014 part of the snow was preserved from the previous Winter. It's not a chance that those issues are arising now, considering the pace of the current climate change.

As you can see, there are any issues here. Unfortunately, however, there is one more left: how do we produce all that snow? The organizers claim that Beijing 2022 will be the first net-zero ones (the word "net" is key), but there are many doubts, considering the amount of water and energy needed to produce all that snow. That's not sustainable, surely. There is also concern that few venues are very close to (or even insede) a national park.

Not that the previous editions were sustainable, let's be clear. Same goes for ski competitions and ski resorts in general. How to make the entire sector more virtuous from an environmental point of view and make it survive climate change? The answer is not easy to find and many people couldn't like (ski resorts managers first). Maybe the best way would be to think again at our relationship with mountains, using paths, retreats and slopes for hiking and skiing, instead of relying on resorts only. Are we up to the challenge?

IF YOU WANT KNOW MORE

[1] the Winter Olympics Will Have Nowhere to Go?

[4] https://the Winter Olympics Will Have Nowhere to Go