Fish oils capsules are among the most used supplements in the USA and Europe, and are often suggested as a good source of Omega-3.

But is not all gold everything that shines. behind the billionaire fish-oil business, there are legends, fake news and not enough- consideration for the environmental impact of this choice. .

Everything begins when a Norwegian pharmacist, Peter Möller, got an genuine idea ,. During industrial revolution, in 1800, the increase of industries and urbanization , In Europe, rickets start to spread really fast, , and invest especially children and young adult, causing weak bones.

The primary cause of rickets is a vitamin D deficiency, due to malnutrition or lack of sunlight.

Peter Möller thought about this , since fish liver is rich in vitamin D, he decided that having a spoon of cod liver oil would have been the solution to this disease. In fact, he managed to make up a product derived from fish oil, but without the fishy taste, that anybody could use, even without any rickets risk.

this practice has been used for ages, until today. but the reason why we would be given fish oil supplement is not about the Vitamin D anymore, but rather for the high content of Omega-3 and for this reason they are especially recommended for those suffering from hypercholesterolemia, or heart problems.

but there are many things to know about those supplements before using it.

1- The weird taste. You would say: "Of course, they taste like fish!”. But some customers noticed that sometimes, the small and the taste are more rancid than usual. And this is not about personal tastes, but it's about chemistry.

when those supplement have a rancid smell, it's better to be careful . That specific unpleasant smell is caused by an oxidation reaction. It's easy to have oxidation in fish oil products because so be served at your pharmacy bench, they go through a very long story with starts in South America , goes through the pressing step, the oil extraction and distillation in China, and packaging process in USA or UK. Since a little air or light is enough to oxidize, it's easy that something goes wrong. A scientific study reveals that at least 1 capsule in 10 would be oxidated with oxidation levels over the limit allowed.

Is it dangerous? Well, It's not really healthy. But the effect of this rancidity and oxidation on human health are not well known yet, but what is known is that the oxidated product lose its proprieties and becomes...useless. !

2- There are loosers and winners in this game. Where is this product coming from? The oil Peter Möller used , it came from cod which is now no longer used. Now the oil is extracted from the Peruvian anchovy Engraulis ringens.

The Peruvian anchovy fishery is the most abundant in the world in terms of biomass, with four million tons of fish caught each year off the coast of Peru.

But this comes with a price. The environmental impact of this business affects both locally and globally.

The main port where anchovies are harvested and processed into oil is located in the city of Chimbote, north of Lima. with four million tons of fish caught each year off the coast of Peru, more and more factories have sprung up that fill the city with exhaust fumes. Chimbote is a normal city, not just industrial, with families, schools and hospitals. Quite a lot of people have fallen ill due to the pollution caused by the factory's emissions; not to mention the unbearable smell of fish which has significantly lowered the quality of life.

Furthermore, factories dump liquid waste into the sea in the bay of Chimbote so much so that now some parts are covered with a slimy black patch where neither fauna nor flora grows.

But as stated above, we are also affected on a global scale. Fishing for Peruvian anchovies, even if regulated, it is not free from errors and risks. In fact, young fish are often caught ( ,) that, if taken out from the population, they will not be able to reproduce, always creating a greater decline in the births of this species. Furthermore, the fishing techniques used are often not selective and unfortunately, other animals are caught together with the anchovies, fish, cetaceans, turtles, some of which are on the verge of extinction. Sad parenthesis: cetaceans, like dolphins, if they get stuck in the nets, they have a high chance of suffocating; the individual that dies this way are 300000 per year.

There are more sustainable alternatives though. One of these proposes replacing anchovies with krill, small crustaceans that are the basis of nutrition for many other marine animals and are a pillar of aquatic life; this is why many conservation biologists have opposed the idea, and they will oppose business with war if it takes hold. A much more sustainable and vegetarian alternative, on the other hand, would be to use algae; in fact it is not fish that synthesize omega-3s, but they get them through their diet from algae (micro- and macroalgae) containing these fatty acids; so why not go straight to the source? The environmental impact would certainly be very low, in particular if aquaculture of possibly genetically modified microalgae were used to increase the production of fatty acids. 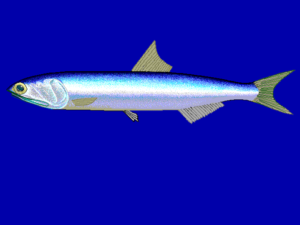 3- The beneficial effects on health. As stated above, the main ingredient of fish oil, that is why it is used, are the Omega3.

Omega-3s are polyunsaturated fatty acids (PUFA) with a particular chemical structure, and we know mainly 3 categories: ALA, EPA, DHA and are the abbreviations that you will find in supplements.

These particular compounds have been shown in several studies to be associated with beneficial effects such as the prevention of cardiovascular diseases by reducing the amount of lipids in circulation., and cholesterol.

But we're so sure they work? Recently a study, a metanalysis (analysis of many other analyzes) questioned some of these findings.

In fact, the conclusion of the research argues that the beneficial effects on cardiovascular diseases of the intake of omega-3s are not as evident as previously thought.

In in vitro and in vivo studies on animal models, omega-3s still show important results in activating the inflammatory response and in lipid metabolism, and there are still clinical trials on humans that show how the intake of some supplements of this type block the growth of HDL values (the "bad cholesterol"). But more recent studies question these results, highlighting a poor association between the decrease in cholesterol and the action of PUFAs in humans; in some cases there is also an increase in LDL-C, a lipoprotein that carries cholesterol. 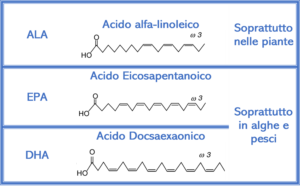 It should also be taken into account that the supplements in question, they lack other micro and macro foods present in fresh fish, such as Vitamin D and other essential minerals. In a study of the 2017 some of which are on the verge of extinction, the effects of feeding fresh fish are compared with the use of supplements. After evaluating triglyceride levels, LDL and HDL cholesterol and blood pressure, the results indicate that slightly better effects are obtained with the consumption of fresh fish rather than with supplements.

Then, to conclude, on fish oil supplements we can say that perhaps their superpowers have been pumped up a bit.

When taken to reduce cholesterol and triglycerides, know that there are tastier and more effective alternatives. One of these, for example, is the use of probiotics: good bacteria that can live in our gut and eat up the cholesterol for us.

The bad news is that there is a risk of becoming intoxicated by oxidized products that have not been properly maintained.

After all this, would you be willing to buy fish oil capsules still??