Are organic products better for the environment?

Are organic products better for the environment?

The increase in awereness for the environment has contributed in the last decade to the spread of organic, that is, of those products grown with organic farming methods that ensure a sustainable choice in the food sector.

What is organic? In simple terms: biological practices forbid the cultivation of genetically modified organisms, both for direct consumption and as animal feed, and the use of fertilizers and synthetical pesticides, or industrially made through chemical reactions. This is an important point: there are fertilizers and pesticides allowed in organic farming, but these are not produced by chemical synthesis… while remaining full-fledged chemicals.

Within organic farming the limited possibility to use substances capable of promoting the growth of crops (fertilizers) or limit the proliferation of parasites (insecticides) imposes the use of manual techniques and more laborious and demanding mechanical activities, which also justifies the higher cost of the final products.

So let's come to the question: organic products are really more sustainable at an environmental level?

The answer is not at all simple. Food production (organic and non-organic, animals and plants) consists of several phases, each with its own peculiarities and with its own different impacts on the environment: let's go from the area of land used for crops (surfaces often taken from forests), to the energy spent (and related greenhouse gases emitted) for tillage and for the production of fertilizers or pesticides, energy for the transport and processing of products, the exploitation and pollution of water.

If we compare the environmental impact between conventional production (i.e. non-organic) and organic in the different phases, we find extremely varied results, often conditioned by the context and the type of crop that is observed.

Some trends, however, emerge clearly: the productivity of traditionally cultivated fields, especially cereals, has grown enormously over the last century, thanks to the use of large quantities of chemical fertilizers and pesticides. The yield for the same cultivated land is therefore significantly higher than the same crops grown organically.

Organic farming, on the other hand, it is more energy efficient because it does not use chemically synthesized substances, whose production has a significant environmental impact. However, on some types of crops the impossibility of using synthetic chemicals imposes relatively impactful practices (e.g. flame weeding systems).

If we try to consider the polluting effects due to the use of fertilizers we see that the use of manure in organic farming instead of other types of synthetic fertilizers increases the amount of nitrogen compounds in the soil, favoring some undesirable effects such as acidification of the soil and the excessive growth of algae in the bodies of water if these compounds reach them (eutrophication), while as already mentioned synthetic fertilizers have a higher impact in terms of carbon dioxide.

So far, organic and non-organic are level, with pros and cons on both sides, but we can try to evaluate which of these effects is more important to consider for the protection of the environment. Speaking of productivity we have seen that for the same product you must dedicate a much bigger area of land (even double if we talk about cereals) for organic, compared to traditional crops.

The conversion of natural land into agricultural land is the main cause of deforestation. Although agriculture is responsible for a quarter of greenhouse gas production, consume only the 2% of the total energy used by human activities. It is clear that if you have to choose which aspect to protect the most to reduce the impact on the environment you will have to focus on the reduction of land use rather than on energy saving (already very low), for which organic farming is better than traditional agriculture. 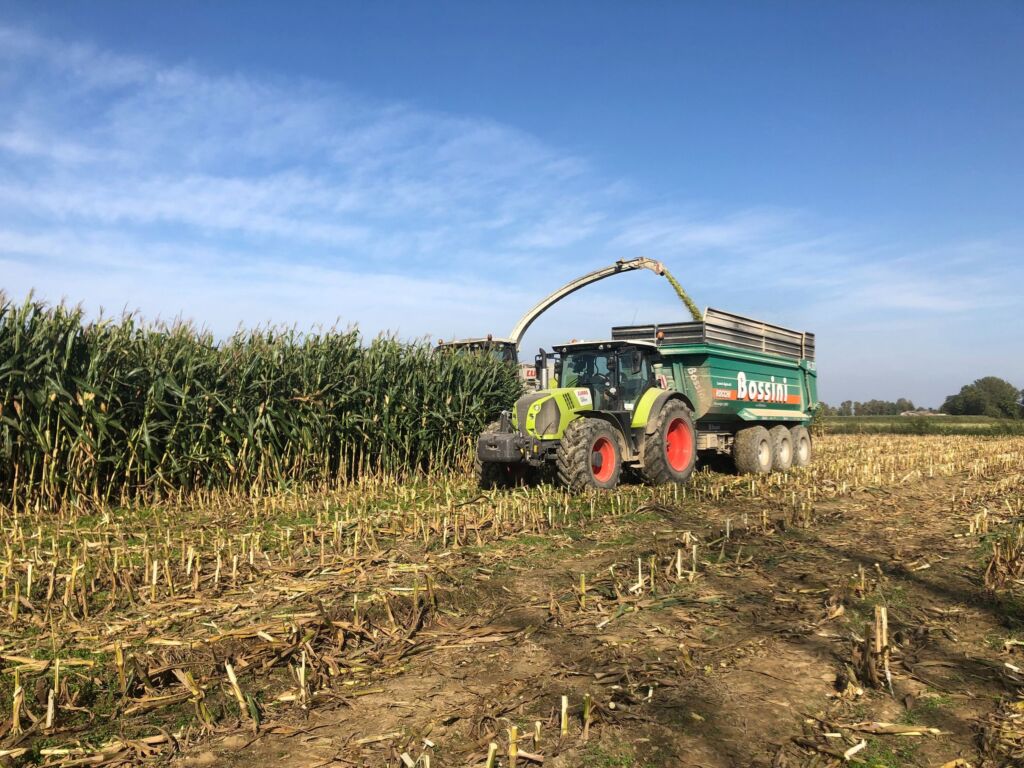 Therefore, is the solution minimizing land use and focusing on intensive agriculture.?

Another important aspect must be considered though, the biodiversity. If intensive traditional agriculture is based on monocultures and herbicides, organic farming seeks a more integrated approach, aimed at creating synergies between soil and various types of crops, ensuring in general greater biodiversity in cultivated land. Biodiversity that, however, is much lower than that present in a natural environment, therefore, it must be considered that organic crops use much more arable land for the same product, and, if we had to choose, it would be better at this point promote intensive agriculture as long as the land not used for cultivation is left to nature.

Here the situation becomes extremely complex, and it is not easy to understand what the right approach is: certainly organic is not the solution to environmental problems, and the common perception about its environmental sustainability is not supported by scientific evidence.

But there is an elephant in the room, which we have not talked about and which is rarely brought up in discussions on organic food: our food habits. Much more than how a food is produced, what makes the difference on the environmental impact is the choice of what food to eat, we repeat, what: we are talking about differences of several orders of magnitude between different types of food, that completely shift the discussion of environmental sustainability from the concept of organic/non-organic, and that, in the light of these considerations, appears completely insignificant. We will talk about it in another article.

Our World in Data – Is organic really better for the environment than conventional agriculture?