Last summer has been difficult on the front of extreme events in the world.

Let's start from Italy. After months of drought, in the evening of the 15 September the Marche region was affected by a self-regenerating storm, a very dangerous type of weather system, characterized by its ability to self-feed and stay on the same area for hours. We have already talked about this event in a post [2]. We only add some data that we did not have at the time.

The disturbance led to very heavy rainfall, over 400 mm of cumulated rainfall in some areas, according to Protezione Civile [1]. In meteorology, 1 mm of rain is equivalent to 1 liter of water per square meter; this means that, locally, it fell more than 400 liters of water per square meter within a few hours! This huge amount of water has led to flash floods, causing many casualties. The passage of two smaller perturbations on 16 and 17 September made the situation even worse. There were also other floods in the following weeks in Campania and Lazio regions, and also in Sicily a few days ago.

Talking about the causes, the high temperatures of last Summer caused an intense heat wave in the waters of the Mediterranean, still ongoing, with seawater temperature up to 5°C above average [3]. Together with the meteorological configuration, this provides thunderstorms with huge amounts of water vapour that is then discharged to the ground as rainfall.

The importance of marine conditions is even greater when considering larger events, such as hurricanes and typhoons [4]. Hurricane season in the Atlantic is in full swing, with Fiona and Ian both reaching level 4 of intensity (the second highest). Hurricane Fiona formed on 18 September from a tropical storm in transit over the Gulf of Mexico, which is characterized by very high seawater temperatures at this time of year. The hurricane passed over Puerto Rico on the same day, causing 21 deaths and leaving half a million people without electricity supply. Later he moved to the Dominican Republic, and then to Canada, where brought death and about 2 billion dollars in damages. Yes, in Canada. 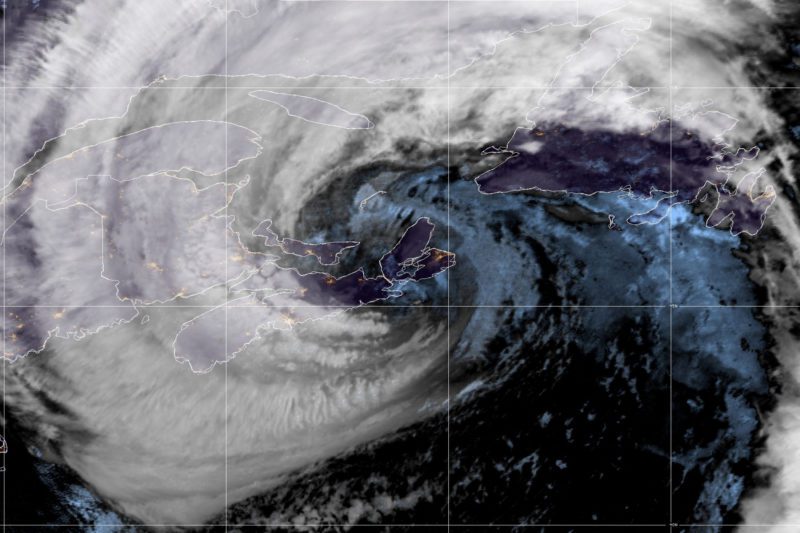 Satellite image of Hurricane Fiona before hitting the coast of Nova Scotia, in Canada (Credits: NOAA).

How is it possible that a hurricane could reach so far North? All because of the jet stream! The (jet stream) is a air current flowing in the atmosphere at about 10 km of altitude, at around 180 km/h speed. In the northern hemisphere it passes over Europe, Asia and North America, but it is usually not very stable. In fact, it produces waves, known as Rossby waves, named after Swedish meteorologist Carl-Gustaf Rossby, which have huge effects on weather [5]. Let's not digress though. As you can see in this animation, Hurricane Fiona got too close to one of these waves and was carried by the stream to the coast of Nova Scotia.

As we said, hurricane season is in full swing. Over the last days we have seen images from Cuba and Florida of the devastation brought by Hurricane Ian, category 4, that caused more than 100 deaths. The affected areas had wind up to almost 250 km per hour of speed and several meters high waves, as shown by this timelapse of Fort Myers in Florida. On average, the number of hurricanes and tropical storms has increased in recent decades, because of climate change, making them more frequent and intense. In addition to casualties, hurricanes cause huge damage; NOAA estimates the cost of hurricanes in the US between 1980 and 2021 to more than a trillion dollars.

The tropical cyclone sector in the Pacific Ocean is also very active lately, which in the area are called typhoons. The most noteworthy this year are definitely Hinnamnor and Nanmadol, who reached the maximum intensity category before losing intensity and hitting Japan and Korea, a few weeks apart, causing casualties and extensive damage. This image from above of Nanmadol makes it clear the size and extent of these cyclones, that can reach the 1500 km in diameter (basically, more or less the distance between Barcelona and Belgrade as the crow flies). 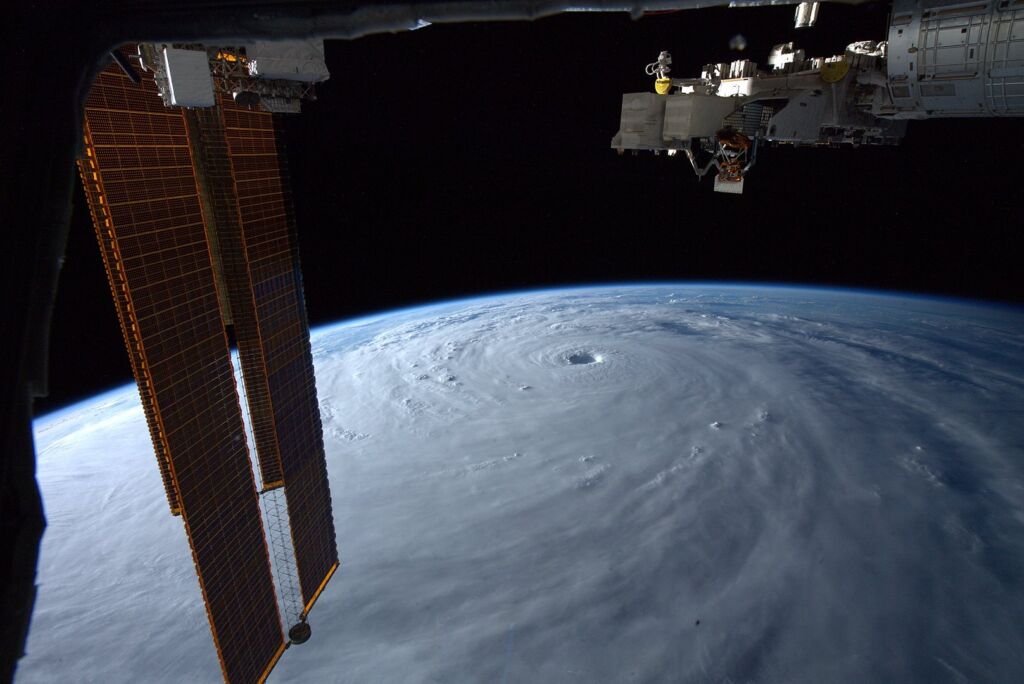 Last, but not least, the floods that have devastated Pakistan in recent months [6]. The country has been hit by torrential rains since the beginning of the monsoon season in June. This year 2022 has already been declared by the Pakistani authorities the wettest year since the beginning of the record in the 1961. Rainfall was 10 times more abundant than average in some areas and caused the flooding of the Indus River. In total, about 10% of the country ended up under water, equivalent to an area as large as Piedmont, Liguria, Lombardy and Emilia-Romagna regions taken together. Damage assessment is still ongoing, but the event affected more than 30 million people. More than 1600 people died and hundreds of thousands had to leave their homes. Floods have caused huge losses of crops and livestock, so much so as to make us fear a humanitarian crisis even worse than that due to the flood itself.

Many describe these extreme events as belonging to the recent "climate crisis", caused by climate change induced by human activities, with ecological , political and social repercussions. Their human and economic cost is enormous and must be faced upstream, improving our ability to adapt to extreme events (construction of infrastructure to protect coastal areas, improvement of alert systems, reduction of hydrogeological risk, …), as well as mitigation policies aimed at reducing greenhouse gas emissions [7]. It costs more not to do it, literally.