How- DNA does -not- change

With the problem of vaccines and RNA, fear of changes in our DNA has also risen.

What are we really talking about? There is this risk?

Let's try to explain it.

The structure of DNA is a relatively young discovery, which has less than 70 years. Editing - modification- genica has even fewer years of history behind it, so much so that the most advanced technique that is known won the Nobel only last year.

So we can say that the unscientific community, who is not so familiar with these hi-tech stuff, he didn't have much time to understand concepts like genetics, gene modification, mutations, GMOs, etc. etc. This could somewhat explain the distrust and fear of things that could change our genes.

But it's not that easy modify DNA of a human being.

DNA is this double-stranded, stranded molecule that is rolled up and unwound as needed. At the moment of conception, the DNA of mom and pepper mix and a unique DNA comes out in a cell that will then replicate itself as faithfully as possible billions of times until a complete individual is obtained. 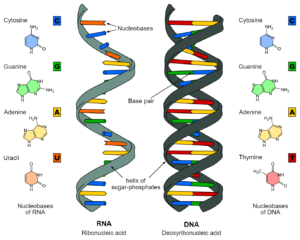 The cells of our body, with very few exceptions, they all have the same DNA.

So why are they all different from each other?

Let's say that in DNA there is a whole set of genes that potentially serve cells to perform all functions: it is as if the DNA were yours wardrobe where you keep everything, from summer clothes to ski suit.

Then you have to go on holiday to Malta in July and it's not like you bring everything with you, but only the essential; cells do this: they keep all the material they need but they express (read "they work") only the genes they need. DNA changes? No. changes gene expression, the DNA remains unchanged.

But let's say one of those genes is broken, does not work, is changed, that is, different from how it is in the rest of the population. What happen? For example, if a particular gene is mutated that is needed by red blood cells to have the right structure, what you will have will be a form of sickle cell anemia.

We can change that gene, fix it, and heal the disease?

Eh, let's hope! But we're working on it. This is called gene therapy and what it wants to do is literally modify the DNA of adult subjects in a targeted manner.

Because it's not done yet?

Because it's not easy.

Meanwhile, the DNA needs to be injected, then it must manage not to be destroyed by our immune system, then he has to find the right cells to act on, go in there, overcome all the defenses that the cell has, enter the core, find the gene for which it was designed ( human DNA is long huh!), to cut, add the new correct sequence exactly without making mistakes, mend it, get duplicated and work.

For now this is done with incredible ease and speed on battery and other simple organisms, like yeasts or small worms. But we are also experimenting onman.

Many are afraid that the vaccines can modify our DNA, especially those with RNA. Why? There really is this risk?

First of all let's say that if someone has suffered in literature genetic modifications, it always ended with the acquisition of special abilities such as cobwebs or super strength. But the incidence of these cases is too rare to be statistically significant, so let's put them aside..

L’RNA it is a DNA-like molecule, but with a single helix that often serves to act as a vector between DNA and its product. In the sense: I want to make this gene written in my DNA work, copies it in the form of RNA, the RNA comes out of the nucleus and is translated into the message you wanted to communicate. RNA is the ambassador of our gene information. But if in history it is true that "ambassador does not bring pain", cells don't think so and RNA often comes degraded quickly.

The RNA that is injected with vaccines, enters the cells of the immune system, it is translated into the protein which will then be used to produce antibodies and is destroyed almost immediately. We therefore have viral RNA in our body? If there is, it doesn't come from the vaccine.

That RNA ends up in our DNA? No. The DNA is not touched by what comes in with the vaccine. The same happens when the virus infects us, it injects its RNA into cells and replicates. Except that the RNA in the vaccine does not produce other viruses (Luckily!) and targets the cells of the immune system.

Then our DNA cannot be changed?

Sure that DNA can be modified, but randomly, not in specific genes and it happens right under our eyes.

There are substances and factors called mutagens precisely because they are able to alter the DNA sequence, let's list some of them.

UVs are among them. The UV rays are radiations capable of causing a dimerization of pyrimidines which in a nutshell can be read as "changing the structure of DNA”. when this happens, DNA replication mechanisms try to patch this error, but the patch often generates a mutation that remains over time. Effect? The generation of cancer cells. It is dangerous for humans? Of course, but luckily we have our own defenses, such as melanin, which allows us to shield ourselves from UV. 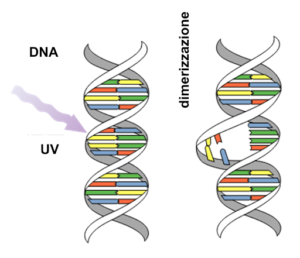 Other examples? The polycyclic aromatic hydrocarbons (IPA). PAHs are produced through the combustion process of certain chemical compounds and we often find them for example in cigarette smoke or burnt meat. They are highly carcinogenic substances as they can bind to DNA and generate a mutation.

Obviously it is the dose that makes the poison.

But if we wanted to talk about the risk of genetic modification, Here you are: it is more risky a BBQ of a vaccine.

Another small note to add is that if you are afraid of putting DNA or RNA from other organisms into your body, just think that they live within us billions of bacteria that spit, they eat, pardon, they duplicate and recycle bacterial DNA all the time.

Do not be afraid, trust science!