What does not kill you, doesn't make you stronger.

"What doesn't kill you, makes you stronger"

How many times have we used this saying? Even with other shades maybe, like "Wht doesn't kill you, makes you fatter", derived from the popular tradition for which still gaining weight was good and right (thank you Grandma).

But it really took a study from the University of Texas to get us to stop using this proverb.

In an article published on the 9 th of January in fact, it is written that what does not kill you, leaves you with mental impairment..

According to the proverb above, Texans should be all alpha-male wolves with a spiritual strength that William Wallace would be nothing compared to..

Instead, when we are not in a Mel Gibson' movie , all humans have an organ that will be strongly affected by such events, even if we often forget about it: the brain!.

in this study, part of the population from Texas will be considered ad the effects of natural disasters during the past years will be analysed. 5 years: around 96,3% of the population was affected by hurricanes and floods, around 96% (a little less) from fires, 87% dangerous chemicals spillage and the 80% by tornado.

A test was performed on these subjects to assess their mental health, the MCS (Mental component summary) which includes factors such as vitality, social functionality, reactivity, emotivity. 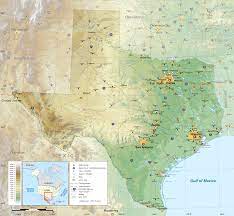 The results showed that the test scores of those affected by natural disasters were lower, highlighting a relevant mental health issue correlated to this.

When something horrible happens, like an earthquake, the action plans first concern the guarantee of basic needs such as food, water, medicines, etc; and the community rebuilt , with houses, schools, churches and hospitals.

The mental health, it is more considerate as a luxury treatment, and not like a primary need, and the interventions to prevent mental health issues are never sufficient.

This pandemia is a natural disaster, exactly like the examples written above.; but only now people are starting talking about the effects of isolation, the illness, the idea about being contagious and avoiding too many contacts with people and the limitation of personal freedom.. No progress has yet been made in terms of preventing and treating the various effects this situation will have on our minds, we remember, it is not an abstract thing, but it is exactly an organ, with its own weight, his own role and his own balance.